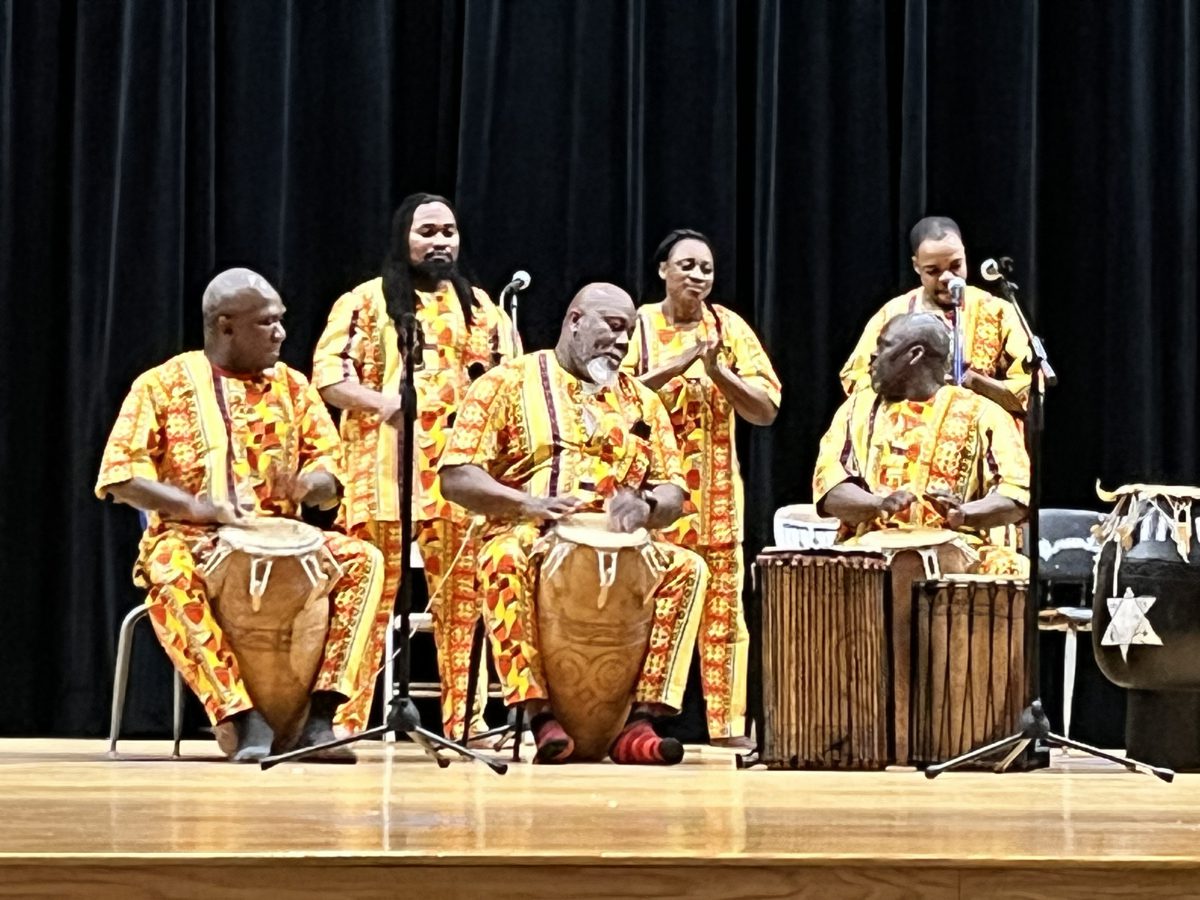 Zorkie Nelson, a world class musician from the Ga tribe in Accra, Ghana, has conducted many Drum and Dance residencies with Scotia-Glenville Middle School students in Susan Weisman’s General Music Class.  Nelson provided students with lessons intertwined with West African music, dance, language and cultural instruction from his life growing up in Accra, which was passed down to him through many generations.

For the first time, on Thursday, May 5, the school was treated with three performances by Gballoi West African Performance Ensemble lead by Zorkie Nelson.  All members were born and raised in the Ga Tribe. The ensemble consisted of three dancers/percussionists and three Master Drummers.

They performed traditional rhythms and dances from West Africa, including Kpanlogo, Fume Fume, Ageh and a very special performance on the Royal drums, Obonu in Ga and Fontomfrom in Akan, traditionally only played once a year for kings and queens. Nelson told the students they were the Kings and Queens today. As a final performance, students were invited up on stage to dance the Kpanlogo.  All three audiences (6th, 7th and 8th grade) had more than half of the students dancing on stage!

Many thanks to the Fine Arts Department through Arts and Education for funding the assemblies.

Here are a few photos and videos from the performance. Check out many more on Facebook.

Videos from the performance: 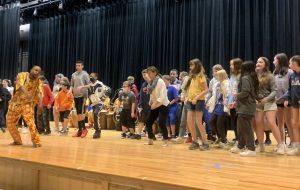 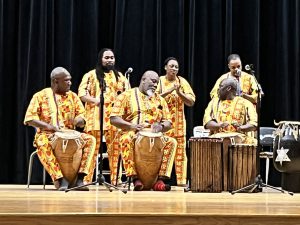 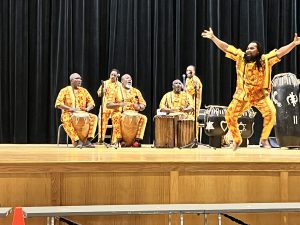