2021-22 Scotia-Glenville Board of Education members

He was first elected in July 2011. He has served as board president
since July 2014.

He is a senior advisor for Foothold Technology. He previously worked for the NYS Office of Mental Health.

Bucciferro is a former president of the All Sports Booster Club.

A 33-year district resident, he holds a bachelor’s degree from Siena College and a certificate in psychiatric rehabilitation from Boston University Center.

He is married to Linda. Their family includes Erica, Bruce and Alex.

Harold M. “Hal” Talbot, of 497 Church Road, is seeking a second term on the board.

He is the general sales manager at Fogg’s Automotive in Burnt Hills.

He is a 1989 graduate of Burnt Hills-Ballston Lake High School, holds an associate’s degree from Schenectady County Community College and studied at SUNY Albany.

He has received several business certifications.

He and his wife, Jodi, have two children: Dylan, a grade 12 student, and Austin “AT,” a grade 8 student. Both students attend Scotia-Glenville.

He has lived in Scotia-Glenville for more than 30 years. 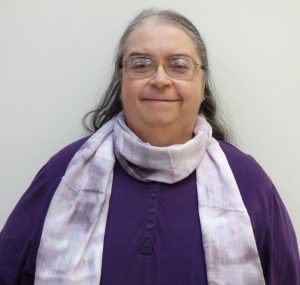 Carbone is a retired science teacher from Schenectady Schools.

She was an active PTA member for years.

Her son graduated from S-G; her grandchildren attend Lincoln and the high school.

Feinberg holds a bachelor’s degree in biology from Haverford College and a master’s degree in instructional design from George Mason University.

He served as vice president of the Board of Education this year and chaired the Audit Committee.

He has many seasons of volunteer soccer/basketball coaching for
youth sports. He is a Fulbright Memorial Fund Scholarship winner.

Feinberg and his wife, Stephanie, have two children: Sam, at the Middle School, and Cal, at Lincoln.

He has been a district resident for 14 years.

Richard J. Frederick, of 15 Horstman Drive, is seeking a first term on the board.

He is a managing data scientist with Assurant Inc. He holds bachelor’s and master’s degrees from the University at Albany.

A 40-year district resident, he is president of the Tartan Youth Lacrosse League and is active in the Tartan Youth Basketball recreational league. He is member of the Freemason Lodge 915 in Scotia and of the Glen-Worden PTA.

He and his wife, Sandy, have three children: Evan, grade 6 at the middle school and Charles, grade 4; and Ava, grade 2 at Glen-Worden.

David M. Massaro, of 29 Marion Boulevard, is seeking a second term on the board. Massaro works as a captain in the City of Schenectady Fire Department and is a code enforcement officer for the town of Glenville.

He received the Liberty Mutual Firemark Award for Heroism in 2009, the Harriet C. Weber EMS Leadership Award in 2000 and 2016 and the S-G Founders Day award in 2020.

He and his wife, Sherry, have two children: Ayla, in grade 9, and Jacob, in grade 7, both at Scotia-Glenville.

He has lived in the community for 16 years.

Kimberly C. Talbot of 105 Second Street, is a homemaker who studied elementary education, music education and fine arts at the Community College of Rhode Island.

She was a corporate trainer for seven years and an operations manager for five years.

She and her husband, Joe, have three children: Zachary, at S-G High School, and Oliver and Calvin at Lincoln Elementary. Her husband, Joe, is a cousin to current Board of Education member Hal Talbot.